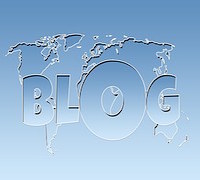 NLP Coaching includes the basic goal of traditional coaching, which in a nut shell is the formation of a partnership that helps people produce fulfilling results in their personal and professional life.

To get powerful, rapid and lasting results in coaching, it is essential that the methods employed reach and influence the unconscious (subconscious) mind. The unconscious mind houses the emotions, imagination, memory, habits and intuition. It also regulates our autonomic body functions. It is the very core or essence of how we experience ourselves and the world. Most, if not all issues like motivation, procrastination, indecision, conflicting priorities, overwhelm, performance anxiety, fear, and burnout are a result of automatic (unconscious) reactions and patterns. Meaningful development and transformation in coaching, results from a shift in the unconscious mind.

Traditional forms of coaching generally don’t have much effect on the unconscious mind. Most coaching programs available today rely heavily on conscious processing through questioning, analysis, and tasking. It’s like trying to steer a train by asking someone in the last car to change the direction of the entire train. It simply won’t work, at least not in the long run.

NLP Coaching is the art and science of conversationally facilitating change in the unconscious mind.

This ‘inside-out’ coaching methodology deals with (and heals) the unconscious processes that are at the root of most mental and emotional issues, and it does so in a natural conversational way that makes this approach adaptable to any context.

NLP offers an intrinsic approach to coaching that mines and sheds light on the neurological triggers that are responsible for one’s mental/emotional states and behaviours. NLP Coaches are trained to have exceptional sensory acuity, thus they are able to read the client’s unconscious signals and thereby implement the change/healing process so that it is both rapid and sustainable.

NLP coaching sessions take the form of a discussion, where the Coach assists the client in shifting their attention (direction of awareness) on various levels. In so doing, the Coach is able to elicit the client’s core presenting issue, their values driven outcomes, and assist them in accessing states of consciousness which enable the client to gain fresh perspectives and acquire new resources. Since NLP Coaching includes communication directly to the client’s unconscious mind, sessions do not require clients to discuss any personal issues which they would prefer to keep private, yet transformation of such issues can still be facilitated.

From its inception, NLP processes when compared to traditional therapy, have offered a positive, proactive and goal-oriented approach to the change process, making them appropriate for coaching. Using certain NLP processes to create change could just as easily be referred to as coaching or therapy, depending on the technique used. NLP does however have similar presuppositions and principles as coaching: The client has all the resources they need and they are at cause in their life. NLP certainly offers the coaching profession a tremendous scope to assist clients in more rapidly achieving their desired outcomes and sustaining those results.

“NLP is the most powerful vehicle for change in the 21st century.”
-Psychology Today-

“NLP helps me to manage audiences and motivate them. It’s just amazing!”
-Oprah-

“I built my sales career from zero to become the world’s best motivator by using NLP.”
-Anthony Robbins-